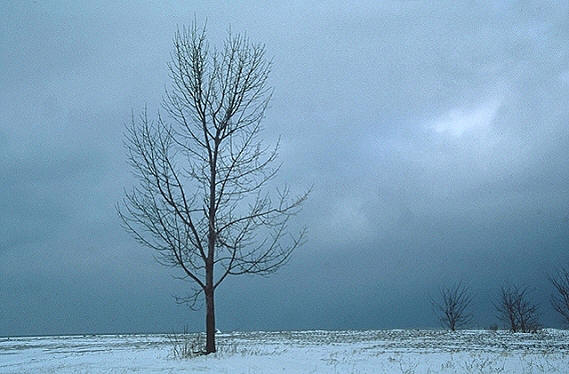 Our church, First Baptist of Vero, is hosting a short-term study on the Christian calendar during the season of Lent.  Although the sacred calendar has always been a part of First Baptist’s 101-year history, the church has often made an effort to educate the congregation on the importance and meaning of the Christian year.

Much of this work has come under the 20-year tenure of the Reverend Dr. Michael Carter, our music minister, who received a doctorate under the leadership of Robert Webber, a name church liturgists associate with the Christian calendar and ancient-future worship.

When I interviewed with First Baptist over a year ago, I was delighted that Dr. Carter was the resident theologian on liturgy.  I fell in love with the Christian calendar while attending a Presbyterian church in high school and Palm Beach Atlantic University, a Baptist college out of the Charleston tradition–a tradition that champions both biblical scholarship and orderly, liturgical worship.

On the heals of Ash Wednesday and while sitting under Dr. Carter’s teachings this past Sunday as he began his study on the Christian calendar, I remembered all of the reasons why I–and the churches I have belonged to and have known–cherish the sacred year.

First, the Christian Calendar reminds me that my faith in and with Christ is not all about me.  I grew up in a northern evangelical church that promoted a simple, but strong Protestant faith devoid of anything “ritualistic.”  We celebrated Christmas and Easter, but outside of that we tried to live by the adage that our Christian witness was more about a relationship with Christ rather than religion.

But something was missing in my Christian upbringing.  By the time we moved to South Florida when I was a boy, we were so “spiritual but not religious,” that it turned out that we were neither spiritual nor religious.  In fact, my tradition was so devoid of any ritual, my only memories of spiritual experiences were limited to attending Miami Dolphins football games and that one time I walked down the aisle to make a decision for Christ at First Baptist Church of Perrine.

When I started attending New Covenant Presbyterian Church during high school and, later, PBA, I experienced all of the nuances of the Christian year.  It did not come off as ritualistic, but a way of bolstering my relationship with Christ.  I felt that I was part of something larger than myself, part of a movement–the Christian faith–that stretched two millennia into the past and connected me to the larger story of God.

As Dr. Carter stated last Sunday, “The Christian year is about sacred time that tells of God’s story, about fusing our story with God’s story, and about making the Christ event the center of that story.”

I had a strong faith from my upbringing, but now I had the skeleton to hang–and to build–some serious Christian muscles in my walk with Christ.

Second, the Christian Calendar sustains me during seasons of spiritual drought.  We all have seasons in our walk with Jesus.  Sometimes we are on fire; other times, we feel distant from God, as if we are only stepping into each day with little connection to God.  That is natural; there is a rhythm to our faith that often mimics the four seasons of the very creation of which we are a part.

It is during those times of drought and “winter” of my soul that I come to rely on the Christian year.  The rhythm of sacred time gives me the bearings and the strength to keep walking, keep at it, to hang in there.  It encourages me to keep going because, though “sorrow may last for the night, joy cometh in the morning.”

It’s like brushing teeth.  We brush our teeth because its more than a routine, it keeps us healthy and keeps cavities away.  So too the Christian calendar is good for the soul; it keeps our hearts focused on God even when God seems far from us.

I found this out the hard way after my father died tragically as a result of gun violence.  After his death, I could not pray.  I could not focus.  I did not return to the pulpit for over a month.

The liturgy–specifically the hymnody, doxology, and congregational singing–was the only thing that got me through that time of grief and heartache.  If Jesus was hard to find in the midst of tragedy, I certainly found him in the midst of song–of hearing the congregation sing, and in following those notes sprawled across that trusty Baptist hymnal.

Third, the Christian Calendar teaches us good theology. At best, theology in the contemporary church is piecemeal, the sum of a thousand topical lessons and sermons that often fail to communicate the entirety of scripture.  I have heard this first hand–a 45-minute sermon in which the pastor presents a topic or thesis, and then strings together a barrage of scriptures as if those scriptures stood independently from the context of their respective books and of the scriptural canon as a whole.

The church year walks us through the entire Bible–starting with creation, the fall of humanity, climaxing with the birth, life, death, and resurrection in Christ; and culminating with the hope of the Second Coming of Christ.  It does not stumble from Christmas to Easter and to the next topical sermon; rather, the story of Christ stands central as we learn to be born again with him, pick up our own crosses, follow Jesus into baptismal waters, through hardship of Lent and finally the joy of the empty tomb on Easter Sunday.

Dr. Carter quoted Robert Webber as stating, “The life, death, and resurrection of Christ stands at the center of time.”  This is not an event divorced from the rest of God’s story, but entangled with the whole of scripture.

I am far from idealistic.  I will continue to visit with churches and Christians who have no place in their life for the Christian year.  That is okay; people walk with Christ on their own terms.  But for me and my family, being intimately bound with a story much larger than the “LaGuardia” story brings liberation, healing, a sense of purpose, and theology that corrects and rebukes and reproves.

It is sacred, and that is something to behold.