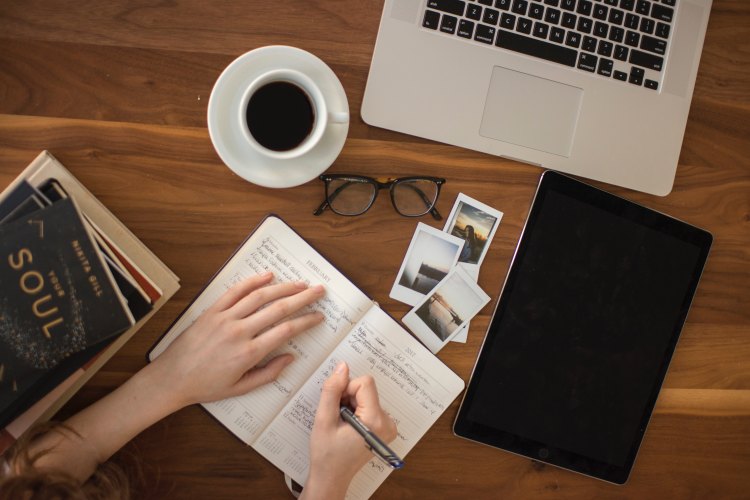 A Pastor Appreciates the Hymns is a series on hymnody and worship in the church.  By incorporating personal testimony and theological reflection, the series draws meaning and strength from sacred songs past and present.

Words are incredible tools. Speech is one of the many things that sets us apart from the rest of creation. We have a uniquely human ability to communicate with each other in a very definite way. If someone speaks with a different language, we can even learn that language.  Words are such powerful tools that with the advanced ability to communicate afforded us by the use of words, we have done some truly incredible things as a species.

The way we express ourselves using these tools is multi-faceted. We use words in the form of writing, speaking, and singing all to spread a message.  We have always tried to find a way to make our particular message be remembered for generations. Most prominently, we write the things we want remembered.

The written word is incredible and has an interesting history.  As writing gained popularity it was alleged that Socrates actually hated the concept of the written word because it would “create forgetfulness in the learner’s souls.”  Obviously, this thinking didn’t catch on as writing has become the cornerstone for spreading information.

In fact even that way of thinking wouldn’t be known about today had Plato not written about it for later generations to read. And more than passing along information, writing allowed for an entirely new form of art to express feelings or tell fantastic stories and even worship; especially worship.

The other interesting thing is the forms writing would take. Originally the only proper way of writing was poetry. Prose was considered lazy and uninspired.  There’s a bit of a pattern here, but poetry does provide a particular boon in that the human brain is predisposed to pick up on patterns.  We love patterns. It’s why there have been studies done in which the letters in the middle of a word are jumbled, but so long as the first and last letter are in their proper places, we can generally read what it says.

What’s truly interesting is where these patterns come from.  It’s as if when God breathed life into us, He did it in a song. Because of this rhythm, we have written poetry for as long as the written word has existed. Poetry was most notably utilized as worship in the forms of the Psalms, of which biblical book makes up the single largest text in the Bible.  Psalms express the whole spectrum of human emotion and how it all relates back to God. If God is the Word, how could we ever fully express our truth to Him without utilizing words?   God gave us perhaps an even greater gift in the concepts of meter and rhyme. So, in an attempt to fully utilize God’s gifts, so that we may fully worship Him, I’d like to share a poem.

Breath of life, expand my lungs
And make my life feel whole
Create a song behind my tongue
And let me sing my soul

Breath of life, expand my lungs
Help me find the words to say
Let me heed the words sang by the rocks
Who taught me to how to pray

It is fascinating to me that music and poetry always fit so nicely together. Probably because music is designed to take advantage of the rhythm poetry so naturally exploits anyway.  It is the most natural progression from poetry, and music is absolutely a fantastic form of worship that became so prevalent it is still actively practiced by most modern churches.  Because of that, music is one of the most fantastic and influential forms of worship, even if the actual words are unknown.

There is a song being sung throughout creation, and that song will never really be silenced. Jesus said as much when he talked about the rocks speaking up were everyone else to be silent. And while only humans respond to rhythm, we certainly aren’t the only beings who sing. We are but one voice of many on the choir of creation.  We, along with all other beings, are singing the song breathed into us during creation. We are writing and singing the creation song at all times. We are a part of something great, put together by God to connect us all so that we could understand what it is to really be a part of creation.

There is also song in silence, just as musicians are encouraged to “play the silence.”  Silence reveals parts of ourselves we probably would not have been able to see otherwise. For some, silence is uncomfortable. In a world as loud and hectic as it is today, is there any wonder why?

There is a song being sung throughout creation. There is poetry in the silence. In silence, it is possible to hear the voice of God speaking to us. It is because of this, Jesus often went off on His own to pray. So He could hear God speak back to Him. Silent prayer is often the best way to hear the words to write and, by allowing ourselves these moments of silence for writing, writing itself becomes worship and connects us to the song God breathed into our lungs at the beginning. We can connect wholly with God, the Word and truly begin to understand what that means.

That said, there is a sort of responsibility on our part to utilize those words correctly. Especially when it comes to what we write, our words will live on in some way. So when people hear you speak or read your writings, are they hearing the song of creation? Are you connected with God, the Word who spoke the world into creation? As we go out about our daily lives, I implore you to listen to the song creation is singing, and when you hear something that stands out as significant, write it down. Take a silent moment to really hone in and listen to the song and put into words the song being sung. Let God, the Word, speak through your life and your writings, so all of God’s gifts can be shown through you.