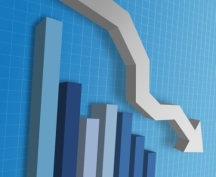 There has been much discussion over a recent study from the Pew Research Center.  It reveals a rise of people of no faith (“the unaffiliated”) and the demise of Christianity in our nation.

Some say the decline is a result of the lack of institutional loyalty, while others blame a loss of “traditional values” in the public sector.  Many argue that these trends are regional and the statistics should be taken with a grain of salt: Christianity represents the largest religion in the world, and it is actually growing in continents located in the southern hemisphere of our planet.  Christianity is flourishing, just not the way we westerners are accustomed.

Diagnosticians like Russell Moore, president of the Ethics and Religious Liberty Commission of the Southern Baptist Convention, see it differently: He contends that Christianity is not dying, but “jettisoning” a type of faith too liberal to be called as such, one that promotes atheism in disguise.

Also, the percentage of evangelical Christians, who tend to be more conservative, are stable if not in decline.  The number of evangelicals only decreased by less than 1%, which seems to support Moore’s assessment.

The devil, as they say, is in the details.  For one, evangelicals have remained steady not because of growth (decline is decline whether it is 1% or 3%), but because evangelicals retain more children than other Christian subcultures.

Second, a growing population of immigrants and minorities, who err on the side of conservatism, helps fill pews otherwise empty in evangelical churches.

Fourth, studies show that growing churches tend to be evangelical megachurches with founding pastors.  Saying that the decline of mainline churches is due to theological liberalism is actually beside the point because all small churches are declining rapidly, not to mention that the Southern Baptist Convention has experienced decline in the past decade.

No matter who is providing an assessment on the Pew Research results, I think that the truth is somewhere in the middle.  I agree with Moore that Christians who are, in his words, “almost-Christian,” have rarely helped Christ’s cause in our nation.  I just disagree with Moore’s caricature of theology as the reason for decline. 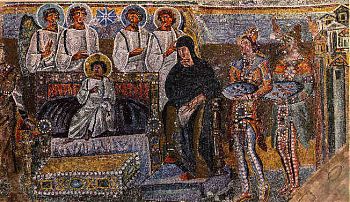 Christian liberalism did not add to the faith’s decline; rather, it failed to bring out the best of what Christianity had to offer in the last century of our nation’s history.  In the first four centuries of the Christian church, the population of Christians grew from a few hundred people to millions–as many as half the population of the Roman Empire by some estimates.  Christianity grew not because is was more traditional or conservative, but because Christians readily adapted to a culture in need of radical hospitality.

According to Roman pagan philosophers, Christianity’s hospitality was too liberal to take seriously: Churches were egalitarian in outreach and leadership.  They did not enjoy prestige or privilege.  They included people normally marginalized in the ancient world–a liberal value if there ever was one.

Christians in the first century did not refuse to provide pizzas or wedding cakes to people; rather, Christians opened their doors to all people, and it often got them in trouble with the authorities.

The wave of Christian decline shouldn’t cause Christians of different theologies to turn on each other.  A large percentage of Americans view all Christians, no matter the denomination, as hostile, exclusive, prejudiced, and out of touch with the rest of the world.  This is the reason for decline.

We Christians have a choice to make.  We can circle the wagons and blame each other for our faith’s decline or we can take a look at our own failures.  It is time to overcome our differences, and develop a fuller outreach program that is surprisingly inclusive, vibrant, creative, and grace filled in a culture that longs for the type of belonging only churches can provide.