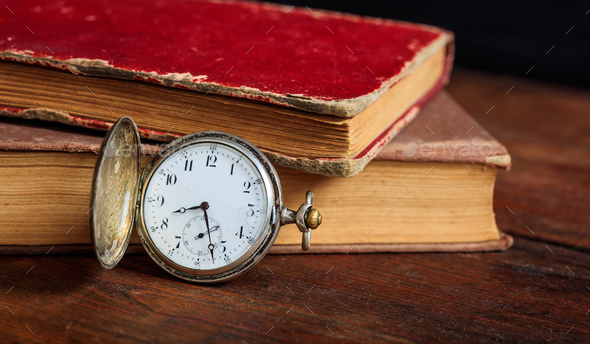 I started collecting vintage religious books some time ago. These books, primarily on preaching or prayer, have become treasures and sources of encouragement. They have also become a way to go “treasure hunting” in used book and thrift stores. (Its exciting to have a niche collection.)

There is something about the artistry of language and the writing in books of yore we don’t get today. Contemporary writing comes to us by concise, brief sentences. When I was writing my book on the Old Testament, I tried to mimic this style of writing–people claim its Hemingwayesque– and, besides, people want fast reads.

People don’t spend time on books anymore, they say, so if an author can’t move readers through the page fast enough, they will likely put the book down. If the language is too lofty or esoteric, you threaten to leave people behind. Few people remember their SAT words from high school, so its not wise to use words with too many syllables.

Concise writing is, I think, collateral damage created by our short-form world in which we publish 140-character Tweets or social media “posts”. Even blogs have to be short, sweet, and to the point. Yet I am reminded that good writing will always be good writing, regardless of the style, and I am deeply aware of that. However, venture into most Christian books stores–or peruse the Christian section of your local book store–and you will find that concise writing has translated into shallow content.

It’s regretful just how cliche our writing sounds these days, and even facts are scrutinized by readers. We teeter on the edge of becoming an idiocracy our comedians envisioned for us so long ago.

I went into a Lifeway book store three times in the past year–and I could not find anything that spoke to me. The books have captivating covers and catchy titles; but, get into the writing, and it comes off as grade-school reading. Even the “scholarly books” sound like amateur-hour Sunday school lessons.

Pick up a book from the mid to early 20th century, however–say, those by Dietrich Bonhoeffer, Paul Scherer, or Glenn Clark– and they sparkle with jewels of writing and content. My friend, who gained the same sentiment over a year ago, reads Leslie Weatherhead and Norval Pease, writers of several devotionals from that era. I have read Old Testament textbooks from the 1960s, including one by Rabbi Solomon Freehof. Last week I finished a memoir from Somerset Maugham on his travels through southeast Asia published around 1935. It wasn’t religious, but it certainly didn’t insult the intelligence!

Commentaries, though dated, also contain writing that is rich and moving. I regularly refer to the original Interpreter’s Bible set for sermon prep, especially if I lack inspiration on any given week. The Broadman Bible Commentary still stands as a Baptist classic. I have used F. B. Meyer’s Our Daily Homily, published in 1966, as my devotional of choice on a daily basis and occasional reference for sermons.

Just this morning, I read this moving insight by Meyer:

“When Jesus subjects us to a trial, it is only because, amid all our dross, his keen eye detects the precious gold which cost Him Calvary, and is capable of becoming his ornament of beauty forever.”

Books on prayer also ring true with warmth and majesty. Although not the most theologically acute of religious authors, Glenn Clark has been a writer I’ve read recently, thanks to a trove of Clark books bequeathed to us from one of our beloved “church mothers”.

Check out this whopper of a paragraph by Glenn Clark on prayer:

“As all the seven seas are stirred to fill the little well that the child has dug in the seashore sand, so all heaven is stirred from its heights to its depths to fill the heart that truly hungers after God. Christ, whose great heart seeks and hungers for us, even more than our hearts hunger for Him, permits neither principalities nor powers, nor things present nor things to come, nor height nor depth, nor any other creature, to separate us from the most tender, the most virile, the most irresistible expression of the love of God, that man has ever known” (I Will lift Up Mine Eyes).

I can only think of a handful of writers who can get close, and I’m sure you have your contemporary favorites as well. But I don’t think its solely the strength of the content that moves us. It is the writing, and in our sound-byte world in which children no longer learn penmanship and long-hand, and where we don’t have the patience or persistence to demand better writing, something has been lost along the way.