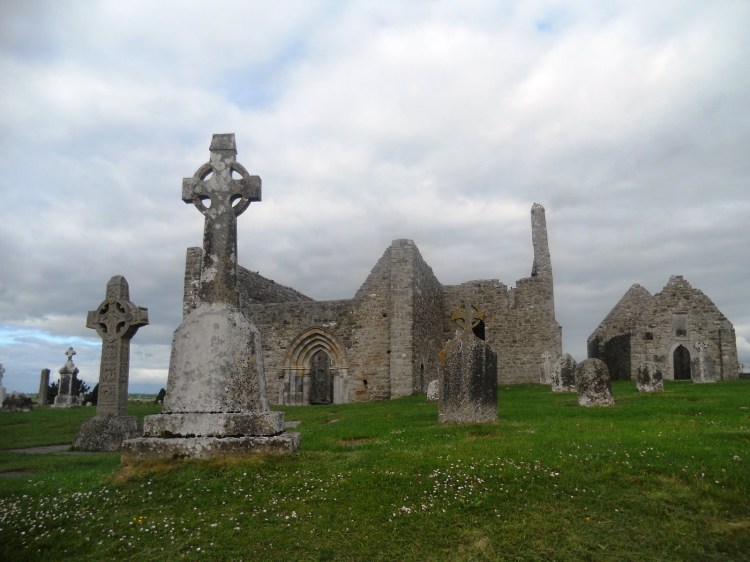 The life and ministry of St. Patrick teaches us about being a hospitable Christian presence in a diverse culture.

St. Patrick was a young boy when Celtic raiders looted his village and stole him away to Ireland.  They forced him to be a sheep herder until he escaped.

At home, safe and sound, he couldn’t shake loose thoughts of his captors.  He heard God’s call to return to Ireland and preach the gospel to his enemies.

His enemies, the Celts, were a people steeped in mystic, primeval religions.  Theirs was a violent, harsh way of life, though rich in spiritual depth and mythic lore.  St. Patrick was able to use their mythologies to explain the truth of the Gospel.

Over the past ten weeks, Trinity Baptist Church has been hosting a world religions seminar on Wednesday nights.  We’ve learned about most of the major faiths, and had guest speakers from both Judaism and Islam.

One of the things we’ve learned is that we need to be a Christian presence in the midst of a diverse world; more than that, we need to build bridges with people of other faiths to promote peace and understanding.

Only peacemaking and understanding will provide a sustainable battle front against religious, radical fundamentalism, one of the greatest enemies of our time.

We cannot allow fundamentalism win the battle of the hearts and minds of people around the world.

As a part of our seminar, we heard from an advocate and speaker on Islam associated with the Atlantic Institute.  He and I work together on a Baptist-Muslim Dialogue task force of the Cooperative Baptist Fellowship of Georgia.

The speaker set the record straight on Islam, the Qu’ran, and the relationship between our faiths.  He also explained how moderate Muslims are working hard and building coalitions to combat the radical fundamentalism we see on the news.

“The use of violence to do harm to others is a sin,” he said.  “The use of nuclear bombs or any bomb is a sin.”

“Jihad says that we may defend ourselves against invaders and that our greatest struggles are within us, but Jihad does not condone the taking of innocent lives.”

The Muslim speaker explained further that every Muslim wants to be a martyr, but martyrs are only those who give their lives for the sake of others.

This conversation brought to my mind the message of St. Patrick and the need to build bridges with people of other faiths.

It brought to mind St. Patrick’s willingness to be a martyr for his own faith as he risked losing his life for the sake of the Gospel: “Greater love has no one than this: to lay down one’s life for another” (John 15:13).

But St. Patrick didn’t retaliate with violence; rather, he started with forgiveness.  Only when he forgave his captors did God use him as a vessel for healing in Ireland.

We need to work across the aisle, across the altar, and across the great divides that separate a secular world.  Then we, too, will chart a new path of peace for people of all faiths.

On Wednesday, March 18, we will feature Dr. Loyd Allen, professor of church history from the McAfee School of Theology, at our final world religions seminar at 6:45 PM.  He will discuss Celtic Christianity in honor of St. Patrick’s day.

We hope you will join us and hear more about St. Patrick’s story and the interfaith work we are doing in the Cooperative Baptist Fellowship and as a local church.