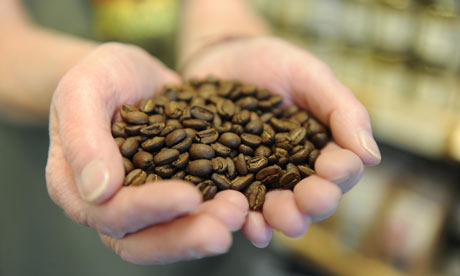 When Jesus told his disciples in the gospel of John that he was the “Bread of Life,” it meant that he would nourish people physically and spiritually.

Jesus used food and fellowship to fill the empty stomachs of the poor around him, even those individuals who were outcasts because of “sin,” (Luke 15:1-2).  Jesus also pointed to the day that God would serve a great banquet in the Kingdom that is to come (Isaiah 25:6).

For this and many reasons, food has become an important resource for Christian discipleship.  Our sharing of it, consumption of it, and cultivating of it all point to the bedrock value of God’s sanctity of life.  Nourishment is a part of God’s purpose for us.

No wonder Jesus’ final public act with the disciples was a meal in which he shared bread and wine as symbols of his body and blood.  Even our favorite psalm, the twenty-third, promises that God will overflow our cup at divinely prepared table (v. 5).

Food is still important to us and, for that reason, many Christians are taking a second look at how food gets from the earth to the table.  The fair trade movement, just one way we get food while supporting the farmers and manufacturers who make it, is breaking through in the Christian world.

The fair trade movement is a grassroots and ecological effort to insure that the food we buy is grown and manufactured by companies that care for their workers and ethical business practices.  Such practices, for instance, include living wages as well as decent benefits.

Many advocacy groups have been pushing for these regulations for years.  The Fair Food Standards Council, as one example, has negotiated with several major companies to protect tomato farmers in Florida.

Thanks to their efforts, Wal-Mart has agreed to stock fair food products.  The Hershey Company, well-known for delicious chocolate, insures that at least 18% of its cocoa sources abide by fair trade practices; it’s goal is to reach 100% by the year 2020.

For Christians who are concerned about workers in the food industry–as well as the integrity of the food we consume every day–this is welcome news.

It also points to an emphasis on social justice–the notion that our community practices, not just individual choice and behavior, shape our values and moral standards as a people and nation.

That’s why Jesus chose to eat publicly with people whom others excluded.  He was forcing his naysayers to see that God’s priorities were different from theirs, that God’s relationships exceeded the boundaries that people often put on one another.  For Jesus, food was a powerful catalyst for connecting humans with God.

Brian McLaren, best-selling author and Christian pastor, states that fair food collaborations are key to establishing ethical expectations upon communities and corporations alike when it comes to bridging the gap not only between creation and the Creator, but between the rich and poor.

Not everyone agrees, and the fair trade industry does have its critics.  Conyers-based missionaries, Jason and Noelle Cosby, run a small, non-profit coffee house, Awake Coffee, on 1203 Royal Drive.  The mission of Awake is to build community one cup of coffee at a time in order to fund social projects locally and internationally.

Noelle Cosby, who has spent some time on coffee farms in Guatemala, noted that the fair trade industry is just that: an industry.  Farmers do not get paid directly, and fair trade partners often keep large sums of profits for themselves.

Awake Coffee, on the other hand, uses a “direct trade” model, in which farmers get paid directly.  The goal, says Cosby, is to create communities in which farmers have sustainable resources and an income to support their families.

Her concern is for the welfare of farmers and her customers alike.  Living by the Great Commission of Matthew 28, Cosby says that she believes in the adage, “Preach the gospel; when necessary, use words.”

For her and many like her, preaching the gospel is just as much about building communities in which economics are sustainable as much as it is about encouraging people to believe that Jesus is the Good News of salvation for all who believe.