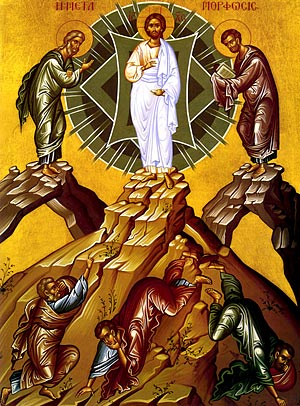 Have you attended a movie, concert, or play in which the person next to you talks the whole time?

You know, you’re sitting there, enjoying the show; and the show or concert comes to a place of awesome suspense or beauty or wonder, and then there it is: A voice of someone who ruins the moment.

I know someone who does this during movies.  I’ve vowed never to watch a movie with her again.  I like my movie-watching in total silence, even if it is the most predictable, corny movie there is.

When she watches a movie, its always, “Oh, oh, don’t go in that room” or “Oh, he’s the one who’s the culprit.”  Or one of my favorites, as we sit half-way through the show, “So that’s how the movie is going to end…”

There are just some people who need to talk during those awkward moments.  They just have to say something.

I’m a talker just in case you didn’t know, and when I was learning how to court the ladies, I didn’t realize that girls like mysterious men.  The less they know about you, the better.

So, as each date I went on, I found that I was ruining the whole thing by talking.  A lot.  At the end of the day, after I realized I had botched things, I would scold myself, “Joe—you just have to shut up.  Just be quiet!”

I have a wife who says that to me now, so I’m grateful.  … I must not have talked much before we got married.

In today’s scripture lesson, we find ourselves back in the gospel of Matthew and back on another mountain.  Last month, we spent some time on a mountain listening to Jesus’ sermon and gleaning from lessons related to both the spiritual practices and the social practices that will help us be the Good News in the world today.

This time, we are not listening to one of Jesus’ lessons, but getting a fly-on-the-wall view of a magnificent and moving, climactic, vision that Jesus, James, John, and Peter shared together.

It is the Transfiguration; and, today is appropriately called, “Transfiguration Sunday.”  It’s the day that marks the final day of the season of Epiphany and the foreshadowing of the season of Lent.  This Wednesday is Ash Wednesday, and we’ll find ourselves with Jesus not on a mountain, but in the wilderness valley of testing and trails.

Matthew must have something for mountains because they appear throughout his Gospel.  We mentioned before that this is probably intentional:  It was on a mountain where Moses received the Law; it was where Elijah heard God and challenged the prophets of Baal.   Zion itself sits upon a mountain, which is why we always sing that we are “marching up to Zion.”

Mountains mean something to Matthew, and I think they mean something to us too.  We have mountain-top experiences, those moments when we have a revelation or epiphany and reach some peak of awe in our spiritual life.

So here we are, taking a long walk with Jesus back up a mountain, and we get a bit tired at the top and wonder why he led us here in the first place.  Scripture tells us that we are alone here.  There are no crowds to heal.  There are no religious officials with whom we might debate.

Then something brilliant and amazing and awe-inspiring happens!  There is a great light, and Jesus is changing right before our eyes into the most beautiful, heavenly being we’ve ever seen!  Glory is coming upon us, and it takes our breath away, it is so bright—as bright as the sun—and we have to shield our eyes.

As we try to see through the sun-spots, try to take in  this moment before it goes away, we make out two figures:  One looks like Charlton Heston and the other one looks like someone we can only guess is Elijah.  They are having a conversation with Jesus as if they are in a library, hushed and reverent, but we can only watch speechless and with hearts throbbing: Glory, glory in the highest!  And our hearts soar!

We enjoy the moment and drink it in like fresh water, and then the moment is broken, not by amazing song of angels or by a thunderous voice from heaven, or by a transformative, cataclysmic speech by Jesus or Moses or Elijah, but broken by Peter. Anxious Peter!

“Lord,” Peter says, “This is so good, so very good.  Let’s build something.  Let’s capture this Kodak moment with altars so that we can live in this moment forever.  …Whatdaya’ say?”

I imagine that as soon as Peter opened his mouth, all of them–James, John, Jesus, and even Charlton Heston and Elijah—all turned to Peter with looks of confusion on their faces.  Perhaps James—the quiet one—just shook his head in disbelief.  The light that once shone like the sun became a little duller.

“Peter, you’re about to ruin the moment, Dude.”

Then God makes an entrance.  The light brightens again to cosmic, blinding proportions, and another voice overtakes Peter’s and says in no uncertain terms, “This is my Son, my Beloved.  Listen to him!”

Listen to Jesus!  Peter just came into the presence of greatness:  A dazzling and brilliant Prince of Peace, Jesus, Moses, and Elijah—heroes of the faith, and God reminds him and his friends: “Don’t say another word—Listen!”

I am reminded of stories of people who meet celebrities.  When people meet them on the street or at some local restaurant, they—the fans—start acting like children and talk and talk and talk, “Oh, Mr. So-and-So, I’m you’re biggest fan, can you sign my napkin?  Somebody get me a Sharpie… grab a Sharpie!”

My sister, the journalist, called me one day after she did a press junket for the movie, The Italian Job.  Movie execs put her and a half-dozen other reporters in a room with some actors from the movie to do a round-table interview.

One of those actors was Mark Wahlberg.  My sister got to sit right next to him.

Now, you have to know something about my sister.  Ever since Mark Wahlberg was singing hip hop with “Marky Mark and the Funky Bunch”, my sister had been infatuated with both him and his brother, Donnie, also a singer.   So being next to Mark Walhberg was something akin to having a mountain-top experience.

“You didn’t ask him any questions about the movie or anything?  You didn’t tell him that you have a Mark Walhberg action figure on your bookshelf at work?”

“Well, yeah, I asked him a few things, but I spent most of the time just looking at him: At his biceps…his shoulders…his hair….”

My sister probably did what most of us would do in that situation, to sit speechless.  But for every person who is speechless, there is someone else who would have talked Marky Mark’s ear off just because silence becomes too awkward sometimes.

I really do think that my sister was on to something.   When we are in the presence of something great, we need to be quiet.

“Listen to my Son.”  Don’t spoil the moment.  Enjoy it.  Take in the glory.  Let Jesus do the talking for once.

The truth is that there are many times when we are on a mountain with Jesus, and we don’t know what to do.  Some of us, like my sister, look in disbelief.  We breathe in that fresh, mountain air and try to listen.  We wrestle with how to let Jesus’ words sooth the soul and transform our hearts.

We know the moment may not last into tomorrow, but that’s okay.  Jesus told us to let tomorrow to take care of itself.

Then there are others of us who are uncomfortable on that mountain.  Mountains are, for them, not places of clarity and insight and awe, but of anxiety and stress.

They only remind folks that a valley is just on the other side, and that there will soon follow either a boring walk through the routine of faith, or a strenuous—and in some cases, tragedy-laden—journey through that dark valley before getting to the next mountain-top experience.

There is a saying in Haiti that when things go bad, it is as if the people are facing “Mountains upon mountains.”  That’s like saying, “When it rains it pours.”   For some people, mountains are hindrances, they represent hurdles to overcome rather than sacred spaces that enable you to see the big picture.

Some of us would rather take Jesus’ other advice, when he said that our prayers can move mountains.  That is much more comfortable than having to climb up one only to experience an awkward blinding light.

There are times when we get anxious on the mountain top and, like Peter, say the wrong things at the wrong time.  We talk too much.

We don’t let Jesus speak, and we don’t listen to those prophets of the Bible.  We fail to let the Bible speak for itself.  We want to go back to that noisy, busy-body world we settle for: the one with all of the cell phones, social networking, music, entertainment, and endless conversation that drowns out the piercing silence and glory that comes when we face God and face ourselves.

“Come on, let’s do something,” we tell Jesus when we meet him there, “I’m too uncomfortable to just sit still and simply worship you; let’s build something together to get our mind off of the things that you and I need to deal with in my life.”

And God comes again and again, dazzling us with light, surprising us with divine revelation; and He shuts up our mouths and tells us to quiet down.  God gives us permission to enjoy the moment, to not ruin the date; to “be still and know that He is God,” as Psalm 46 says.

“When you pray,” Jesus once told his disciples, “Go into your prayer closet, and shut the doors.”

I wonder if Jesus really meant, “Go into your prayer closet and shut up for a while.”  Be quiet for a moment.