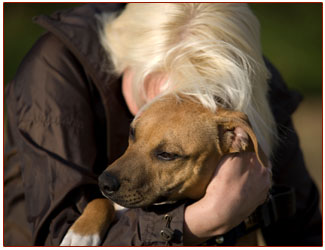 The question of whether pets go to heaven will forever be a theological debate, but one thing is certain: Pets can sometimes make great pastors.  Very few pet owners will doubt that our four-legged friends can provide divine presence, heartfelt encouragement, and unconditional compassion when needed most.

Some animals were God’s agents for change (Jonah found that out the hard way), while others became symbols of peace in the New Heaven and New Earth (Isaiah 11:6-8).

The New Testament tended to use animals (specifically dogs) in a pejorative light.  Dogs were considered dirty nuisances, and Jews often called unwelcome gentiles “dogs.”   These were no mere pets, and having an animal around meant having to share resources that most first-century peasants lacked.

Ours is definitely a culture that treats and views animals differently.  It’s hard to find a household that doesn’t boast at least one dog or cat, and we southerners have made it culturally couth to have a great hunting dog around.  Women of posh stature carry little toy poodles in purses made just for their fury friends, and a dog will always be (wo)Man’s Best Friend.

Granted, it’s a stretch to talk about having a pooch for a pastor or a cat for clergy.  After all, a pastor is a leader and a shepherd.  A pastor leads the sheep and is not to be confused with the sheep; but, pastors have as their primary role the gift to edify and encourage by simply being present.   I know many a pet that have played that role.

Whenever I get sick, my family abandons me.  They fear catching what I have, so they shove me in the bedroom, lock the door, and feed me by pushing a tray of bread and water through a little hole in the wall.

Not so my cat.  She has a sixth sense that tells her I am not well, and she’s always right there by my side when I’m down for the count.  Unlike my wife and children, the cat never fails to be there in my most vulnerable hour.

Talk to any dog or cat lover and she will tell you that her pet has an uncanny ability to sense what she, its owner, is feeling.  Some animals are even said to grieve when their masters grieve.  It may be nothing more than the animal picking up on our body language or a certain scent, but it can be a source of comfort nevertheless.

A recent article by Solange de Santis explored how therapy dogs helped victims of the Sandy Hook Elementary shooting.  Lutherans dogs, especially, were gaining a reputation for providing pet therapy ministry throughout the nation following similar tragedies, and they were quite popular to Newtown residents.

In a Decatur senior-adult living facility in which I am chaplain, residents have a monthly meeting for pet therapy.  We also host an annual “Blessing of the Pets” service in the Spring  in which we say a short litany and pray over our little loved ones.

As my family, like so many others, can attest, pets can be pests sometimes; but, more often than not, they can be pastors too.  At this rate, our pets will go from wearing diamond-studded pink or black-leather spiked collars to white and black pristine clergy collars in no time.