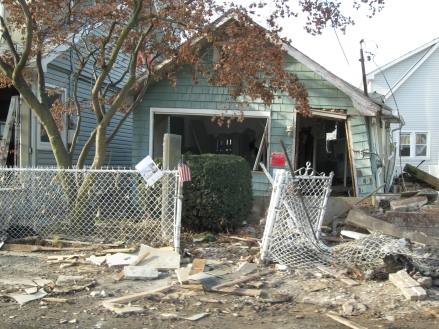 While we continue to find places of ministry and networking in New York until Monday, here are some pictures and random thoughts of things we’ve heard coming out of Staten Island.

Today, I got a chance to tell my niece’s fourth grade class at New Dorp Baptist Church Academy what Darrell Smith, the director of Global Environmental Relief, and I were doing in Staten Island.  I gave a few minute talk about our efforts and about wanting to help people.

After my little speech, the teacher asked them if they remembered yesterday’s lesson on “Who is a Patriot?”  It went a little like this…

Teacher:  “Class, do you remember our lesson on patriots yesterday?  Who is a patriot?”
Student:  “Patriots are people who do good because they love God and their country.”
Teacher:  “That’s right, and who is a real patriot today?”
Student A: “Firefighters”
Student B:  “Pastor Joe.”
Teacher:  “That’s right–firefighters are patriots.  And Pastor Joe is a patriot too, right here in our class.”

Who would of thought that I would ever be called a patriot?

Later that evening, my sister told me that, after I left the class, a student slipped a note to my niece asking if I can help put her house back together again.

When we visited the disaster coordinator from Salem Church, she told the story of a lady who was trying to ride out the storm.  When she went outside during the height of the storm, she saw people, children, and animals running up the block towards her direction.  Following them was a wave, apparently the first of many in a surge, that was nearly forty feet high.

She ran into her house, but the water blew out the windows and doors, rushed in, and swept her out.  She fortunately found a tree and climbed up to the top of the tree.  At the highest branch, she was chin-deep in rushing water (if you can imagine that; I still can’t!).  She didn’t have anywhere to go.

She heard a voice yelling, “Stay there!  Stay there!”  When she looked around, she saw a man on a roof of a neighboring house, and he threw her a power extension cord as a lifeline.  When she made it through the surge to his house, she found 10 other people huddled in the man’s attic.  He was a hero. 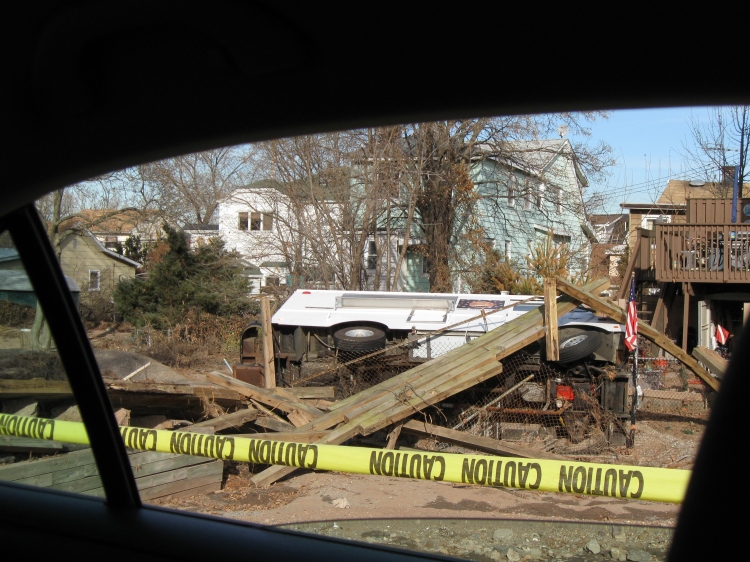