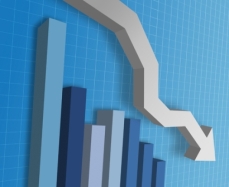 The Barna research group assessed various theological and faith-based segments of the population and grouped them into voting blocs.  For an interesting, yet timely read, follow the link below…

“The Faith and Ideology of Trump and Clinton Supporters”

The battle for the presidency has produced a tight race between Donald Trump and Hillary Clinton. Despite the neck-and-neck contest, each candidate is drawing a very different segment of voters. A new study by Barna indicates just how divergent those segments are—and helps to explain how divided the nation is in its vision for the future.

Segments Supporting Donald Trump
The new Barna survey of 1,023 adults, which included 627 likely voters, identified 16 distinct voter segments that are poised to vote for Trump. Those segments range from large in number to a relatively small niche, but they share a conservative view of politics and a common notion of the appropriate direction for the nation to pursue. 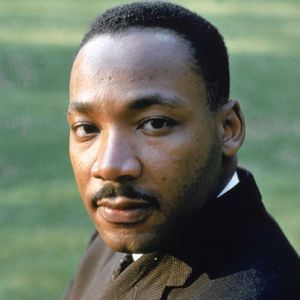 By Joe LaGuardia.  This is a new take on an old blog post; reprinted with revisions from 2010.

With a new Congress taking office, political speeches becoming even more heated, and an 2016 election season already underway, the celebration of Martin Luther King, Jr., this weekend should give Christians pause as to their place in modern society.

The Rev. Martin Luther King, Jr., is one of my heroes of the faith.  For me, King’s heroism resulted from his ability to stand up against the tidal-wave of public opinion and divisive rhetoric in order to uphold the values and convictions he held so dear.

During King’s day, there were several major impediments to furthering the goals of the Civil Rights movement.  One impediment originated from the many local and national policies that upheld a “separate but equal” status quo.  The other impediment was the subtle, yet loud voice of public opinion opposing greater equality for minorities in society.

Public opinion, usually expressed in opinion polls, is a necessity in politics.  It measures public sentiment; however, what the Civil Rights era proved was that public opinion—especially of the majority—does not necessarily reflect a biblical worldview.

Politicians and pundits rely heavily on public opinion to shape national debates, and sometimes public opinion can change depending on the questions asked.  For instance, a survey may show that a majority of Americans are against “Obamacare,” but may favor the “Affordable Care Act.”  Not many people realize that they are the same thing.

When Dr. King faced majority opinion in opposition to the Civil Rights cause in the mid-1960s, he noted on more than one occasion that Christians rarely walk to the beat of the populist drum.  Nor are they to be fooled by rhetorical loop-d-loops.

One of King’s most moving sermons, “Transformed Nonconformist,” claimed that Christians are citizens of two worlds but ultimately answer to the heavenly realm. He said that conformity to public opinion can sometimes lead Christians away from Christ.

He opined, “We are called to be people of conviction, not conformity; of moral nobility, not social respectability.  We are commanded to live differently and according to a higher loyalty.”

For King, conformity to public opinion was simply another form of slavery: “Any Christian who blindly accepts the opinions of the majority and in fear and timidity follows a path of expediency and social approval is a mental and spiritual slave.”

He also recognized that churches can also fall prey to conformity if they do not critically assess how God might be bringing about aspects of His Kingdom on earth through reflection and dialogue.  Sometimes God’s way of doing things looks very different than what a crowd might advocate.

Churches that simply fall in line with the rest of America without a sense of moral discernment and prayer can easily blur the line between prophetic engagement and partisanship.  The church that does not embody God’s reign looks no different than a political action committee.

King’s sermon rings with a certain poignancy: “Nowhere is the tragic tendency to conform more evident than in the church, an institution which has often served to crystallize, conserve, and even bless the patterns of majority opinion…Have we ministers of Jesus Christ sacrificed the truth on the altar of self-interest and, like Pilate, yielded our convictions to the demands of the crowd?”

Going against public opinion for its own stake was not what King was all about; rather, he challenged his audience to consider how convictions shape civil discourse. In other words, King never went rogue; his convictions were born out of a strong and consistent sense of righteousness.  In spite of public opinion, which changes from day to day, King kept in mind the bigger picture of God’s unfolding history.

I do not doubt that opinion polls are extremely useful in many situations; nevertheless, they are not necessarily designed to determine what Christians are to believe about public policy. Aside from making great strides in social justice for African Americans, this profound lesson is—in my mind—one of the greatest contributions that Martin Luther King, Jr. and the Civil Rights movement as a whole made to American society.  Let us keep King’s vision ever before us as the next election season unfolds. 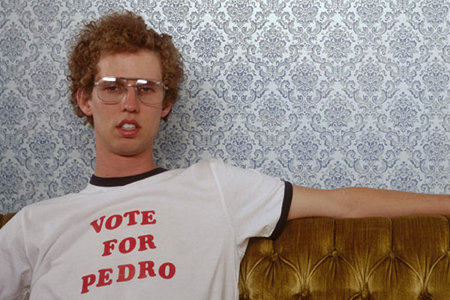 At the writing of this article–on the eve of the election–I do not have any clue who will win the presidential race.  It is a close one, they say, and I can’t begin to guess (nor have the patience to research) who may be leading in the electoral count.  It differs from day to day anyway.

That said, I can only guess what this Friday will be like when this article is published in our dearly beloved newspaper.  I can guess, and hope.

According to Psalm 24:1, “The earth is the Lord’s and all that is in it; the world and all who dwell therein.”  That being the case, I hope that, by now, all of us can take a collective sigh of relief to know that campaign ads, partisan emails, and robocalls will cease.

The election may not turn out the way any one of us had hoped, but we can finally get on with our lives minus the tensions and undertow of the political back-and-forth that’s set an oppressive tone in our national discourse of late.

I hope we realize that things are probably the same today as they were on Monday, and our calling in Christ–to minister to all God’s creation regardless of who is in charge on earth–is very much valid and badly needed.

For starters: The middle class had their day in the spotlight; now it’s time to turn our attention to the needs of the poor among us.  Government aside, we are all responsible to be our brothers’ and sisters’ keepers in this community, and the poor especially.

Family Promise will still need funds and volunteers, the upcoming 5K run for Rockdale Emergency Relief will need support, and our churches will still need you to show up and be counted at all of the events they list on the community bulletin board in the Citizen.

I hope that, by now, we will remember that Jesus is still King of kings and Lord of lords.  Yes, someone will be victorious over the White House, and both houses of Congress may still be controlled by opposing parties, but God is still God, and we are still not God.  We will have to compromise, debate, and work through the political process as best we can, and seek God’s compassionate guidance while not claiming that any of us has a monopoly on knowing God’s will for public policy.

I hope that we realize that our schools need local support because only when we parents and teachers and local leaders work together can we make a real difference in our county’s education system.  If Genesis 1 is correct, then all our children are made in God’s image and they deserve the best care and education we have to offer.

I hope we can slow down.  Last week, I spoke with one of my parishioners who is on short-term disability.  When I asked how she was doing, she said that she slept the first 8 days being home.  I thought she was joking, but she literally slept almost every day for nearly 18 hours a day!

She made a profound statement:  “Joe, I didn’t realize just how exhausted I was until I finally stopped working myself to death and stayed home to get well.  I think we all run on empty.”

I don’t know about you, but the past six months has indeed been exhausting.  I haven’t even watched the news during the campaign, but it seemed that this past political season was especially trying–and tiring.  We have been running on empty here lately, have we not?

I believe it when God’s Word says that all that is in the earth and the world is God’s; so, we can be assured that the Holy Spirit will fill us for a new day.  God will guide us, and God will take care of us.  God will continue to empower us for ministry and give us opportunities to do what needs to be done.  God is God; and, thankfully, even now after the election is over, we are not. Praise God. 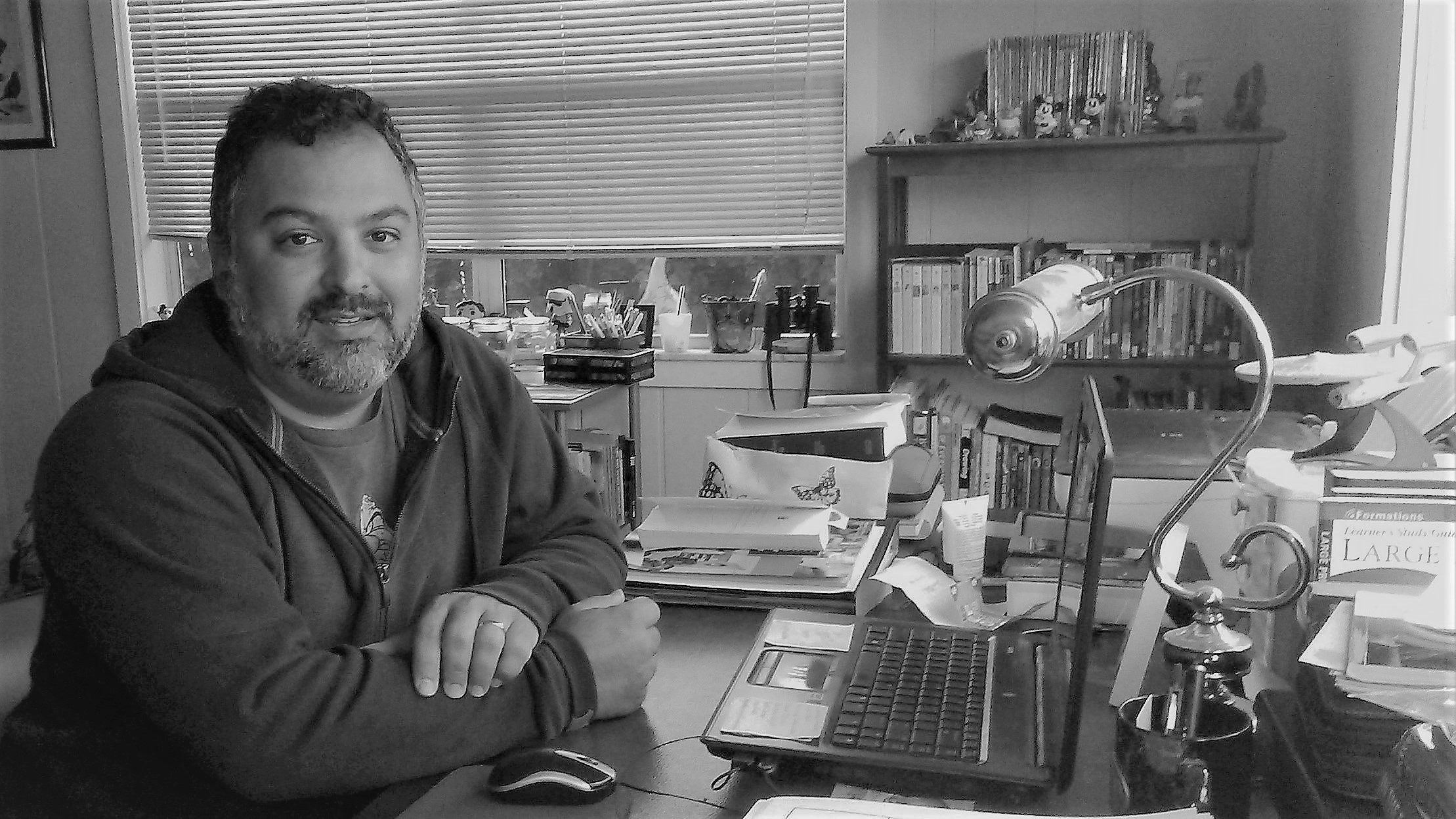 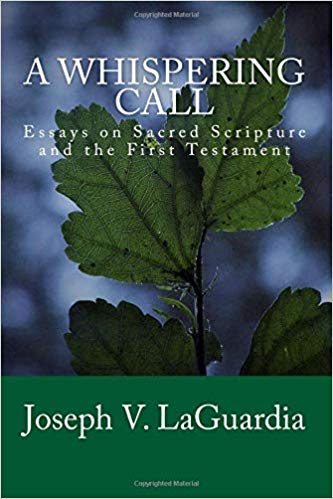